We spent mid winter break of 2008 in Anaheim, California. We being Scott, Keri, Kacie, Trey, and Warren. Kacie suggested the trip late one evening and two days later we were booked and ready to go. We left Saturday afternoon, February 16th, and returned Thursday evening, February 21st. It had been 10 years since our last visit to Anaheim. Kacie was just a few years old. Trey and Warren were not even part of the story yet.

We stayed at the Residence Inn just 1/2 mile from Disneyland. We were in room 2021. The accomodations were perfect for the five of us. We had private entry, a little kitchen, a heated pool, basketball court, buffet breakfast, and walking distance to the theme parks. 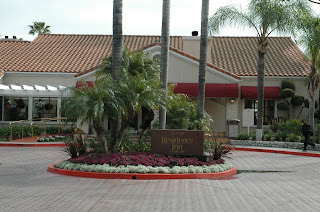 Trey enjoying an early buffet breakfast before heading out for some fun. His facial expressions always set the tone for the day. 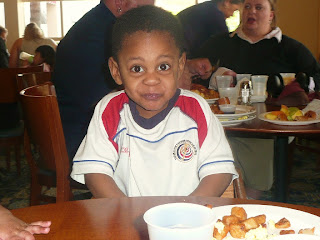 On Sunday, our first full day there, we went to church with the Anaheim 3rd ward. Trey went to the nursery and Keri and Kacie to the primary. I chilled with Warren in the lobby. Later we all reunited for sacrament meeting. The chapel was less than 3 miles from Disneyland. Some people there called it the Disneyland ward. 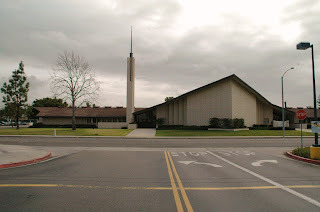 Monday through Thursday we spent almost all our time in the pool or at one of the parks. Trey's preferred place was the pool. Everyday as we would awake and before we would retire at night Trey would look at me with a hopeful smile and say, "Trey swimmin?". Each visit to the pool would consist of me catching Trey around 50 times as he jumped in from the side. Each jump was often accompanied by a little dance and some hilarious grins. He is full of personality. 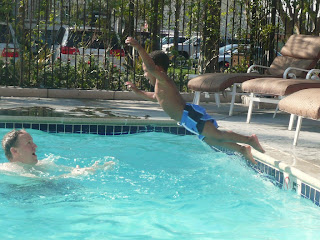 Warren's favorite ride of the trip was King Triton's Carousel. It was located in the California Adventure Park. Unfortunately, the carousel in Disneyland was shut down for repair. Trey and Warren must have ridden this carousel 15 times within the span of an hour. Each time we would finish, Trey would quickly chime "Do again, dad?". 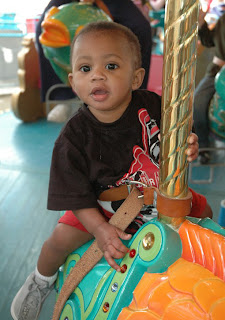 Trey's favorite ride was Autotopia in Disneyland. Since Warren was with us we were able to do the baby swap thing and Trey could ride multiple times in a row. Nevertheless when our time was done he was telling me off in his three year old way. He would have stayed there all day if he could. 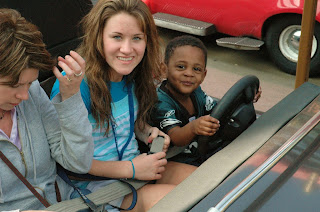 Trey was fortunate to measure in at 40 inches which is the required height limit for most of the rides. He was able to ride splash mountain, thunder mountain railroad, and Soarin over California. He managed all of them pretty well. He would hug Kacie a little close and close his eyes during the most exciting parts but he was a champion considering he just turned three. 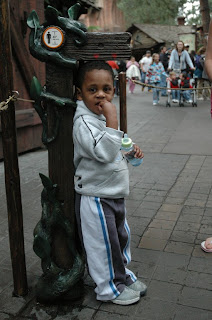 Kacie was miss congenial the entire trip always trying to please Trey and Warren. We had to force her to enjoy some of the thrills of the parks. She did end up testing about every exciting ride from the Matterhorn of Disney to the Tower of Terror in California Adventure. She really needed one of her close cousins to be there to enjoy the action together. 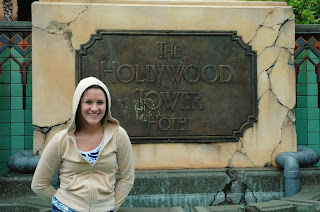 Kacie was also the great built in baby sitter. She often managed the stroller, held a wrestless or sleeping Warren, and constantly entertained Trey. Here she is on the Disney train taking care of business with the dynamic duo. 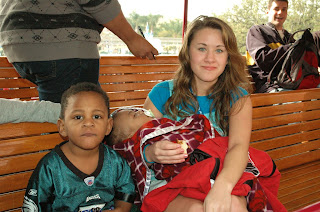 Trey loved to stop at every disney store and stand to test out their products. He still doesn't understand the tradeoff between money and product so it made each stop difficult. Here he is in action fashioning his favorite Mickey hat and braids. To make things more interesting he throws in his favorite funny face. 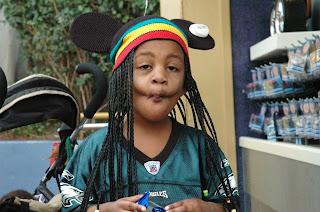 The weather was nice but not perfect. The first two days we were filled with sun and just over 70 degrees. The last two days were a little rainy and in the low 60's. Here is Kacie showing some positive mental attitude to some early morning rain. It was a wet morning but things turned around nicely for a great afternoon. 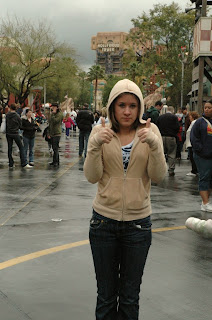